Generations tend to be stereotyped as having certain behaviors. Where Millennials were pegged as lazy, narcissistic, and obsessed with social media, iGen is pictured as disengaged, stressed out and totally tech-dependent. “Millennials on steroids,” as NYT author Dan Schawbel once referred to them.

Some think that’s a pretty accurate depiction. We would disagree, but what’s indisputable is iGen’s growing consumer power.

iGen has come of age and will become the most important consumer generation.

Born after 1997, iGen is now the largest portion of the U.S. population with a 26% piece of the pie. This generation is on track to account for 40% of all consumers by 2020. By Google’s estimation, their current direct spending power amounts to $44bn, but with their tremendous influence on household purchases (93% of parents would agree) that number could be closer to $200bn.

They’re the most ethnically diverse generation in U.S. history.

With nearly half non-white, iGen is more multicultural in their race/ethnic composition than all previous generations. This bears larger importance as iGen enters the workforce. But while an indicator of diversity, a look at their behaviors at critical life stages may be a clearer barometer on their attitudes.

iGen is under a lot of pressure but making the right decisions.

iGen is reported as having a higher rate of college attendance, lower rates of drinking, doing drugs or having sex, and care more for brands with a positive social, environmental purpose. Growing up in an endless news loop and vast ocean of information at their fingertips, they’re well aware of our changing world (globalization) and threats imposed (terrorism, environmental change, privacy concerns). They’re making decisions with their future in mind.

But it’s not all so rosy for this group. Though many believe it’s an effect of the increased time spent on their phones, the rise of stress and anxiety reaching epidemic levels may equally be a result of the overwhelming pressure to perform at school and the increasingly competitive workforce they’ll soon enter.

Whether it’s driven by fear or ambition, they’re not driven to take risks.

Like their parents, iGen had to grow up really fast.

Their parents, Gen X, were also forced to grow up at a very young age.

During a time of shifting societal values, many watched their parents separate as the divorce rate tripled, and one, or both parents lost their jobs during the economic crisis. Often spending their days unsupervised, Gen X practically raised themselves and have passed their no-nonsense, “do more with less” ideals on to this new generation.

It’s no wonder Gen X is credited with introducing entrepreneurial tendencies, which iGen have woven into their DNA. Their effects are evident as schools and businesses are changing the way they operate.

We’re just beginning to understand this generation, but by looking at the environment in which they grew up, we get a better sense of those attitudes, beliefs and behaviors that shape them.

To understand iGen a little better, we examined some of the more popular assumptions made about this group and determined if they’re supported by the data. Let’s not leave it to stereotypes to make our million (sometimes billion) dollar decisions.

Check out our version of MythBusters, iGen edition, here:
iGen myths and why they’re wrong. 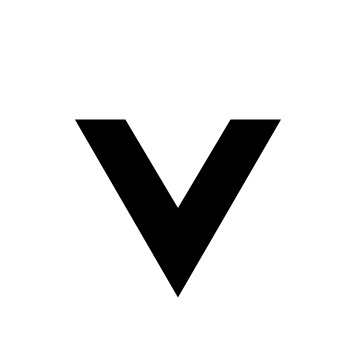